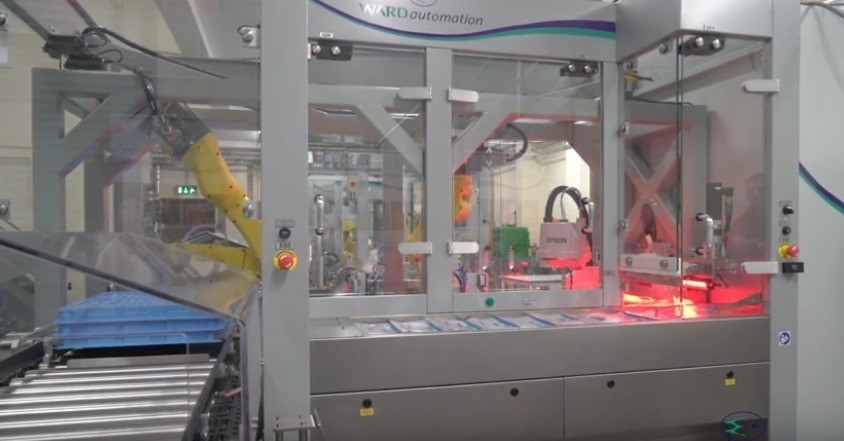 There are some operations and processes that are straightforward to automate and there are those that are complex. Folding medical bags is firmly in the latter category. For Ward Automation, developing a solution involved brainstorming to come up with a concept and then going through a Proof of Principle process to de-risk the idea and verify its viability

The project Ward Automation worked on was for a medical device client. The operation being automated involved completing multiple folds on a medical bag that formed part of a unique product.

Up until Ward Automation’s involvement, this process was done manually. It was time-consuming, however, and required significant levels of dexterity from operators.

Before approaching Ward Automation, the medical device company researched the market to see if there was existing automation equipment that could perform this task. There wasn’t. In fact, nothing even came close to meeting the client’s requirements.

So, the challenge for Ward Automation was set – automate the medical bag folding operation.

The client had worked with Ward Automation before, so was aware of Ward’s abilities. However, this project involved developing a completely unique and innovative solution.

A final concept emerged from Ward’s brainstorming and development sessions but, given the uniqueness of the task and the solution, a Proof of Principle approach was used to confirm the concept worked and to give the client confidence to make the capital investment.

Ward Automation built a Proof of Principle robotic station to test its concept, and the idea worked.

It went onto build the fully automated machine, capable of producing 20 folded bags per minute, for the medical device client. This is considerably more than what was being achieved in the manual process.

The solution Ward Automation developed included robotics, vision systems, and unique mechanisms to fold the bags and place them into trays.

John Ward, Managing Director of Ward Automation, said: “We are known in the industry for being innovative and creative in developing workable automation solutions, even when the project is complex.

“A crucial part of this and many other projects was the Proof of Principle stage. It gives clients confidence when they can see a machine in action performing the task that they need in their production facility.

“It also helps with the machine design and build process as we refine the concept during the Proof of Principle stage.

“Not only that, but we now have an automated bag folding solution that can be adapted to any bag size or shape.”

To find out more about this project or any of Ward Automation’s capabilities, visit its website.